Since joining cross country in high school and falling in love with the sport, I had always wanted to run a marathon. My bucket list contained the item-Run a marathon before turning 30. I had no timeline or age at which I felt I needed to accomplish this goal. During my first year teaching, however, a coworker whom I carpooled with was talking about running marathons and mentioned she would be running Grandma’s Marathon in Duluth, Minnesota that June.

My coworker raved about the atmosphere, crowd support, and beautiful course. At that point, I had only ran a few 5k’s and for my own pleasure. Hearing my coworker discuss Grandma’s was inspiring, intriguing, and motivating. Most of all she put an idea into my head. I decided to start with a half marathon before attempting a full. That was the plan until one January night while my husband was coaching high school boys basketball, I decided to go for a long run on the treadmill since it was very cold outside. I was going to run five to seven miles with seven miles being the furthest distance I had ever ran. I hit seven miles and felt great; I wanted more. I told myself I’d run one more mile, then one more mile. Each mile made me smile bigger and soon seven miles became eleven. I stepped off the treadmill feeling a sense of accomplishment, motivation, and urgency. If I could run eleven miles without training, then a half marathon was not a good goal for me. I was in, all in.

For those of you that know me well you know that when I get an idea in my head it is extremely unlikely that the idea won’t take place sooner rather than later. Ideas often turn into my latest obsessions to the point I cannot focus until I’ve begun working on that idea. The idea of running a marathon would prove no different. I walked into the office, turned on the computer, and registered for my first marathon-Grandma’s Marathon in Duluth, Minnesota.

I immediately printed a training plan off from the Grandma’s Marathon plan. The training plan did not officially start until mid-February, but I knew I needed to get a base started. It was a mix of emotions. 26.2 miles felt so long and I had never even ran a half marathon. Would I be able to accomplish such a lengthy goal? I knew that I had set my mind to it so I would, but I also wanted to finish in under four hours. I followed by training plan to a T, running my first half marathon in La Crosse (St. Clare Health Mission Half Marathon, now known as the Festival Foods Grandad Half Marathon) as part of my training finishing in 1:51. I took my finishing time as a sign that my training was going well and have since entered this race every year since. Despite the actual running part of my training going well, I learned quickly that time management was the greatest challenge of training for a marathon. Balancing teaching, coaching middle school track and field, and maintaining a social life along with training were difficult.

Each week I ran a new distance on Saturday or Sunday, accomplishing a new farthest distance most weeks. It felt rewarding and fulfilling to run more miles than I ever had before. My coworker was training to run her fourth Grandma’s Marathon, so it was invaluable to swap stories, discuss challenges, and share in the anticipation of the upcoming Saturday in June.

When race weekend was upon us, Ryan and I headed to Duluth the day before the race. I had never been to Duluth before and was excited to see the lake and town. One of the first things we did upon arrival was check into our hotel, visit the expo, and take a guided tour of the race course. It was great to see the course first hand to aid in planning and preparing, but I will admit it scared me more than helped. The distance seemed so much longer when driving it. Despite the added fear, I was still excited and looking forward to the next morning. Sleeping the night before was very difficult.

Race morning arrived and I boarded the shuttle that would take us outside of Two Harbors where the race would begin. From Two Harbors we ran along the scenic old highway 61along the north shore of Lake Superior. With Lake Superior being so far north it was still relatively cool in June and to add to it there were refreshing cool breezes from the lake as we got closer to Superior.

On the ride to Two Harbors, I sat on a school bus next to another teacher whom I had just met. We chatted on our way to the start of the race and ended up running the first 19 miles together. A mile into the race with adrenaline pumping, the two of us ran into my coworker. The three of us ran together talking and chatting for the first 17 miles. We hit the half marathon mark and I couldn’t believe it was already half over. I was feeling so good and talking to both ladies made the time fly by. The amazing community support also helped. People sat outside their homes in the country and had music playing from speakers, water stops, beer stops, margarita stations, and crazy costumes. The fun, the scenic course, and the wonderful people made the race fly by. 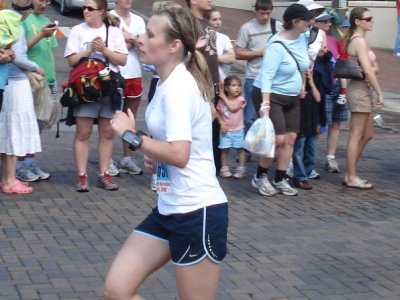 Once I was on my own around mile 19, I knew the hardest part was yet to come. Iwas starting to feel tired both mentally and physically. I really wanted to meet my goal, but started to question whether that would happen or not. Had talking for the first 19 miles been a mistake?; I’d never trained with people after all. As mile 20 took us closer to Superior, the cheering crowds began to increase in size and volume. Near mile 23 with crowds lining the streets six deep I gained my confidence again. I realized by looking at my Garmin 310 (http://www.garmin.com/us/), that I would be able to accomplish my goal only if I pushed the pace and held it to the end. I had nothing to lose and went for it. I would either accomplish two goals or one. I saw my husband’s supportive smile near mile 24 and I thought I could hold on to my goal.

As I rounded out the final .2 of the race I kicked with what I had.  I crossed the finish line in 3:59:24.  With only 36 seconds to spare, I accomplished two goals in one day.  I had never felt more accomplished before that day.  Training for the marathon changed me physically (nothing tones and sucks things in like following a training plan), but running the marathon changed me emotionally and physically.  As I put my toes in the cold water of Lake Superior later that day, I knew there would be more marathons to come. 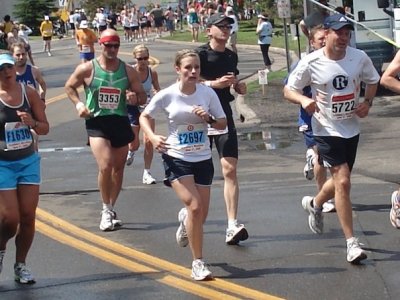 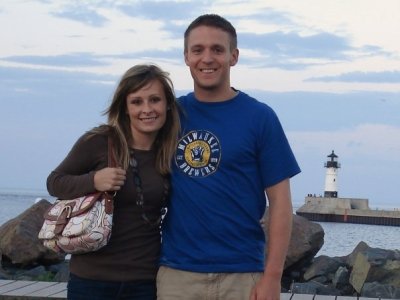 One thought on “{#1} Minnesota-Grandma’s Marathon” 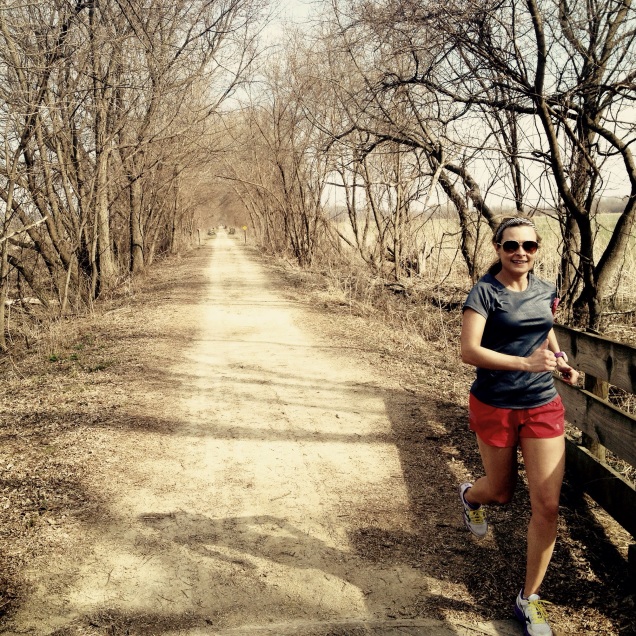