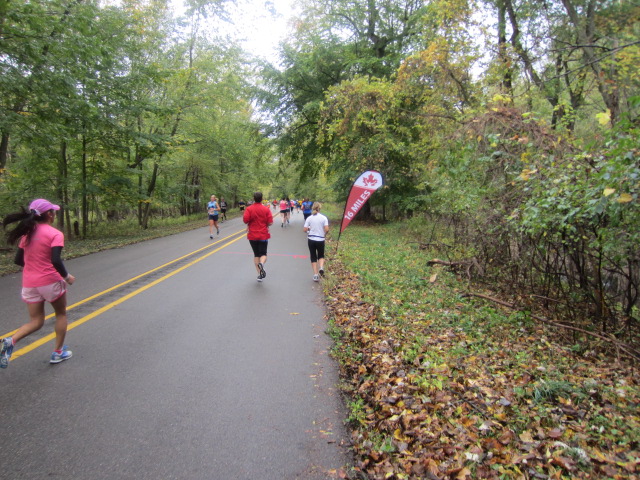 This past summer I started working a second job.  To say it has impacted the amount of time I have to run is an understatement.  Working until late in the night does not go well with getting up early to beat the summer heat and humidity of Wisconsin.  I hate summer weather running when it gets hot.  I did my best to stick to a training plan, although admittedly I didn’t do very well.  I was also busy taking classes for my Master’s degree and being involved in a federal grant in partnership with other schools.  Running definitely took a backseat.

Before I knew it, it was back to school time.  I thought with fall starting and temperatures cooling down I might get into my running plan more.  I underestimated what it would be like to teach, coach, work on my Master’s research project, and continue to work a night (or two) a week at my other job.  In September I was in two weddings and it was difficult to balance fun and long runs.  I was having such a hard time fitting running in with so much going on.  For my own sanity I decided my goal would need to be to finish as best I could.  I ran maybe three or four long runs to prepare for the Grand Rapids Marathon in Michigan.

Race weekend arrived just like the past few months had gone, jam packed and chaotic.  I had a cross country meet on the Saturday before the Sunday race, so we couldn’t leave for our 6.5 hour drive to Michigan until 3:30 on Saturday afternoon.  I knew it would a crazy weekend, but in my planning had forgotten about the time change.  We were supposed to arrive at our hotel around 10:00-10:30 pm Saturday night, but add a an hour earlier time change in and it was 11:15 when we arrived.  I had to be up early to pick up my race packet the morning of the race making the alarm time even earlier.  I was in bed shortly after midnight with my alarm set for 5:45.

I woke up Sunday morning feeling stressed right away.  I felt unprepared physically and emotionally.  I wasn’t sure exactly where the start was, what the fastest route would be, or how my legs would hold up during the race.  I really didn’t even know that much about the course.  I’ll have to admit that the reasons I registered for this race included:  1) the weekend worked ok and was a drivable distance away, 2) it was a fall race in the midwest,  3) I was a sucker for the cool leaf logo the race uses, and 4) my cousin was going to college there.  Those reasons for registering for this race were not so assuring to my undertrained and overwhelmed self on race morning.

The above issues were my own.  The race director sent weekly newsletters out, which I loved and got me pumped for the race.  I will admit, I didn’t really make the time for reading very many of them.  Perhaps if I had, I would have felt better prepared for the race.

Ryan drove me to the start and dropped me off late because of traffic.  I tried to make way through the crowds to pick up my packet which seemed to take forever (it really didn’t).  I got my things, ran to Ryan and the car to give him my packet, and ran to the start where I was in the very back.  Oh, well, I wasn’t going for a time after all.

The stress of the morning began to disappear as the miles ticked by.  I was running conservative not wanting to ruin my chances of finishing.  My longest run had been 18 miles 4 weeks earlier.  I knew I was not in any kind of shape to race the course.  I was pleasantly surprised with the courses scenic routes, organization, and the fans.  I wasn’t expecting much crowd support, but there were fans in many spots.  Of course there were sparse parts, too, but those sections were beautiful.  Lucky for my legs the course was both flat and could have been fast for someone who had trained.  There were views of their city (some not so pretty), beautiful miles around lakes, and enchanting miles on canopied trails.  Much of the race was like running through a park.  Each mile was clearly marked with mile markers. 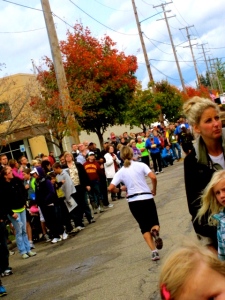 The finish is in sight.

The last few miles were tough.  I wanted to be done.  I knew it was going to be my slowest marathon yet, but I was proud to be finishing in the time I was when I was so underprepared.  As proud as I was, I would be lying if I said I wasn’t disappointed in my pace. I had never ran this slow in any race. It was a let down, but not all that surprising.

Regardless, I couldn’t wait to cross the finish line.  When I finally made it across the finish, I found it was just as organized as the rest of the race.  They had pickles, hot dogs, chips, string cheese, pretzels, and on and on.  I loved the medal, too.  It had my beloved leaf and person symbol on it-the whole reason I picked this race.  Later when going through my packet, I saw the shirt for the first time (normally something I look at right away when I get to a packet pickup on time).  It was a great shirt, too!  If this race was closer or not during cross country, I would for sure run it again. 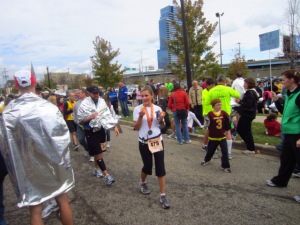 Enjoying the pickles at the finish.

I love fall and this medal!

After the race, I made a quick stop at my cousin’s and the three of us went out to lunch.  After lunch we were back on the road for 6.5 hours.

On the road again…

We made a quick stop in Chicago for dinner at Harry Caray’s on Navy Pier and some quick sightseeing to stretch the legs.  It was back on the road and a late night by the time we got home.  Ryan drove so I could sleep-Thanks, Hun! 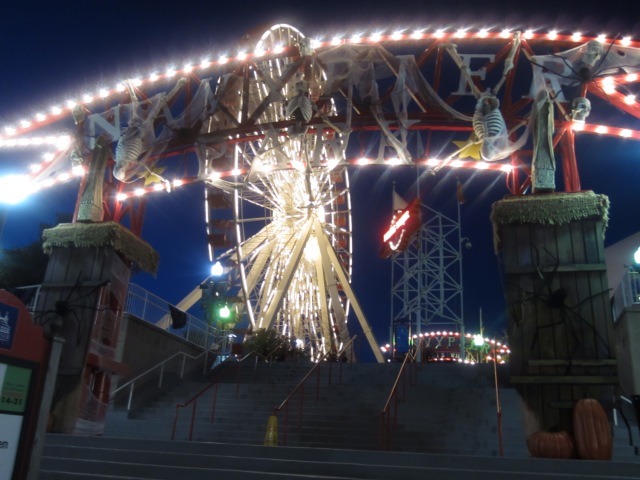 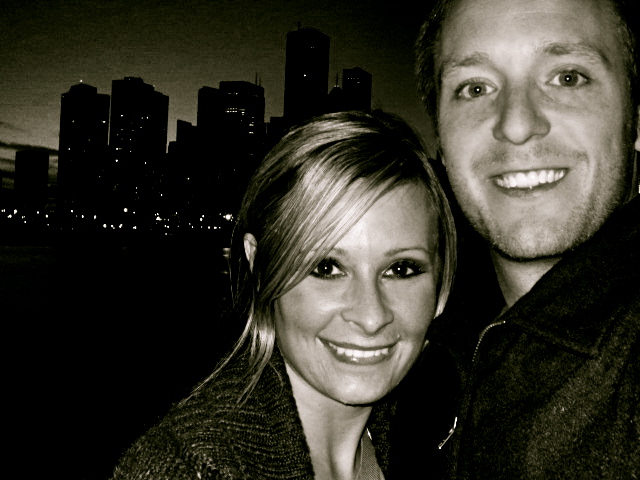